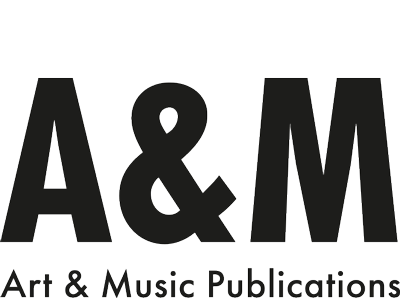 Click to order
Total:
* Required
Self-Portraits
Irony and nostalgia in the album covers of Bob Dylan, 1962–80
—
By Nick de Ville

Pre-order now for a discount — Dispatched from July 2022
£
6.99
£
9.99
For its second limited-run publication, Art & Music books focus on the legendary artist and musician Bob Dylan. In his essay, artist-designer Nick de Ville interprets Dylan's fluctuating relationship with the folk artist image as embodied by the covers of key albums released between 1962 and 1980. A foreword by David Sheppard examines Dylan's broader relationship with the visual.

Published in the 60th anniversary year of Bob Dylan's debut album, this book will appeal to die-hard Dylanphiles and fans of album art alike.
"There's a kind of synergy that happened in the 1960s and '70s, when album art was given as much weight as the music, when they existed as conjoined ideas that reflected, juxtaposed and pushed each other. Sometimes you couldn't distinguish the two in your mind, and any time you recalled a song or heard it, the cover would flash indelibly across your mind's eye. Nick de Ville was a true conductor for this synergy, creating some of the most noteworthy and emblematic covers for Roxy Music and beyond. He compressed an era onto the static square of record sleeves which acted as a canvas for expressing the sentiment and mood of a culture around music, art, sex, typography and confrontation. Today, they still burn."
— Justin Strauss
About the author
Nick de Ville is a designer, artist, critic, curator and academic. He first came to prominence in the 1970s when he collaborated with his college friend Bryan Ferry on many of Roxy Music's album designs, including the notorious artwork for Country Life, which was banned in the United States.
Subscribe
Keep up to date with our newest publications and offers including subscriber only discounts.
© All Right Reserved. Art & Music Books LLP